"LefreQue provides a nearly miraculous improvement to my various brass instruments. The horns, from trombone to euphonium to tuba, become easier to play, sound better and are better in tune. I have really good instruments, but the addition of lefreQue makes a marked improvement in my endurance and my ability to hear myself. I've used it in live performances and on recordings, and the differences between playing without and with the LefreQue are obvious and striking. I recommend LeFreque for everyone and plan to spread the word".

Les Benedict is a versatile musician who performs on alto, tenor and bass trombones, euphonium and tuba, and sundry other brass instruments. He recorded with Clare Fischer’s “Jazz Corps” on Eb Cornet, Eb flugelhorn, and Eb helicon tuba, covering three octaves of instruments. Les played trombone on Bette Midler’s CD Bathhouse Betty, trombone and euphonium on Herbie Hancock’s soundtrack to A Soldier’s Story, and lead trombone on Gerald Wilson’s Grammy-nominated Suite for Monterey. He has performed with the Honolulu Symphony and the Honolulu Opera Orchestra, and played alto horn on the soundtracks of Glory and The Hunt for Red October. A concert with Buddy Collette in Washington, D.C. was broadcast on Public Radio and will soon be released on CD, the first such recording produced by the Library of Congress. He played on Joe Zawinul’s Grammy-nominated CD, Faces and Places, on tuba, bass trombone, tenor and alto trombones, marching trombone, alto horn and euphonium.

Les performed in the Vienna, Austria Concert House with The Gerald Wilson Orchestra, and toured Japan with The Billy Vaughn Orchestra, Abe Most and Ray Anthony big bands, the U.S. and Canada with Frank Sinatra, and has performed with Tony Bennett, Elvis Presley, and Quincy Jones. Performances at jazz festivals include Monterey, Playboy, Santa Barbara, Ocho Rios (Jamaica), Drew, San Francisco, Boston Globe, Honolulu, West Coast and Central Avenue. The L. A. Jazz Scene wrote that Les is “…a very gifted trombonist who can play in many different styles.”

Les is in demand as an educator. He received a B.S. in Music Education from Tennessee Tech and an M.M. in Performance (emphasis in classical and jazz) from the University of Hawaii. He collaborated with Conrad Herwig in producing the book, Fond Memories of Frank Rosolino (Double-Time Records), in the preface to which the Grammy-nominated Herwig wrote, “Les Benedict…has taught me most of what I know about playing the trombone.” Les is an active private instructor and has conducted numerous clinics and master classes nationwide. He was on the faculty of the Idyllwild Arts Summer Program for two seasons, and has participated in master classes for the UCLA film scoring department.

Les discovered lefreQue on recommendation of euphonium player Kenneth Barry and is ever since using it on all his instruments. 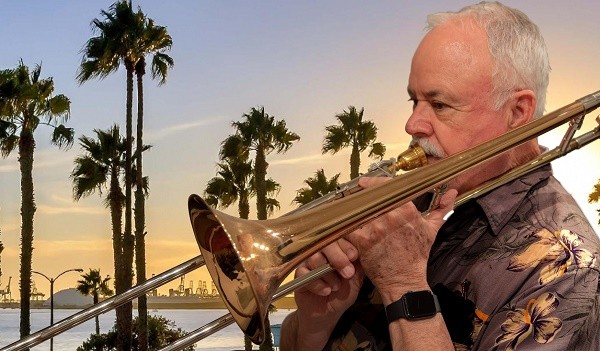