Patrick Olmos is a Southern California based saxophonist and music educator. He holds degrees from the Bob Cole Conservatory at California State University - Long Beach (BM Saxophone Performance) and University of Missouri - Kansas City (MM, AC Saxophone Performance). He enjoys performing as a soloist, chamber, and orchestral musician. Patrick made his concerto debut in 2014 with the Bob Cole Conservatory Orchestra. He has been a soloist with the UMKC Wind Symphony, Symphonic Winds of the Pacific, and has performed in solo and chamber recitals and concerts throughout the United States. As an advocate for new music, Patrick has commissioned and collaborated on numerous new works for saxophone.

An active music educator, Patrick is a Teaching Artist with the Harmony Project where he teaches beginning band to elementary school students. In addition to teaching with Harmony Project, Patrick maintains a private studio and works as a clinician with several area middle schools and high schools, as well as universities throughout the country.

Patrick is a member of the North American Saxophone Alliance. His primary teachers are Yi Chen, James Barrera, and Zach Shemon. 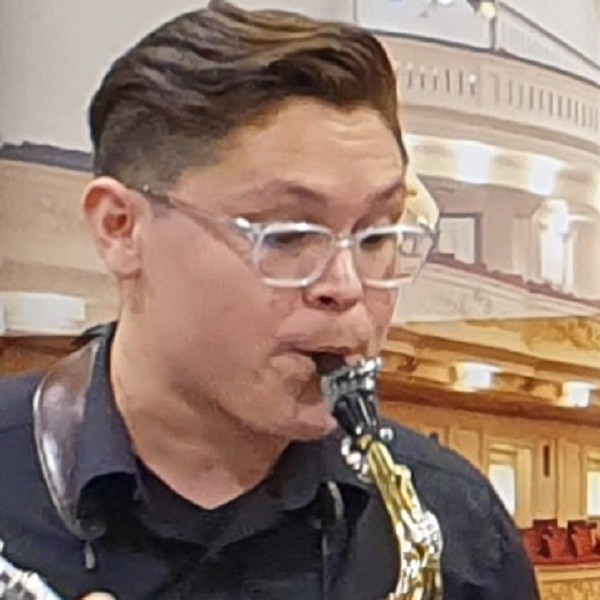