"My Clarinet feels like it is a different instrument when using my lefreQues. The response and projection is astounding. Using all 3 sets (Solid Silver/Gold Plated) is incredible! Love them."

Biography
David Blumberg has had quite an active, and diverse musical experience as a Performer, Instructor, and Reed Clinician..

He is Principal Clarinetist of the Seabrook Opera, and a 1st Clarinet Section Member of "WindWorks of Washington", D.C. - a Professional "National Band" featuring members of the big 4 D.C. Service Bands, members of the National Symphony, and special invited guests from across the USA. My Blumberg is the Clarinet Instructor for the Philadelphia International Music Festival featuring Philadelphia International Music Festival featuring Philadelphia Orchestra Members as it's Faculty http://www.PIMF.org . His students have won numerous competitions including 1st Runner up of the International Clarinet Association Young Artist Competition, 2nd Prize in the 2012 International Clarinet Association's Orchestral Audition Competition, 1st Prize Wind Category in the Fischoff National Chamber Music Competition, the Interlochen Michigan Music Festival Concerto Competition, the Matinee Music Society Competition (Curtis Institute), and the U.S. Air Force Band competition. He taught the only Wind Finalist in the 1991, and 1992 Philadelphia Orchestra Student Soloist Competition. His students have been featured on WFLN-FM Philadelphia Classical Radio in the “Live from the Settlement School” Broadcasts.. He has taught numerous 1st Chair Pennsylvania All State Band Clarinetists.

As a Music Producer, he Produces the Recordings of the Principal Clarinetist of the Los Angeles Philharmonic Michele Zukovsky, among other Notable Classical Music Artists from the US as well as Europe.

He has collaborated with Toronto Symphony Principal Clarinetist Avrahm Galper on the book “The Upbeat Baermann Scale Studies” which are used by several major Universities. David holds the distinction of being the youngest Clarinet teacher to ever have a student as a winner of the International Clarinet Association's Young Artist Competition (at 28 years old in 1992). David can be heard performing as Principal Clarinetist in the Seabrook Opera, and also as 1st Clarinet with the WindWorks of Washington D.C.. He has performed as Principal Clarinetist with the Riverside Symphonia, the Harrisburg Symphony, Garden State Philharmonic, and the Princeton Chamber Orchestra.

He studied with Anthony Gigliotti for 7 years (at Temple University where he got his Orchestral Performance Degree), and was one of the 2 American Clarinetist's selected to participate in the 1988 Robert Marcellus Scotia Music Festival in Halifax, Nova Scotia. He gave the Philadelphia Premiere of the T.C. David Trio #1 for Clarinet, Violin, and Piano in 1985 with Asst. Concertmaster of the Philadelphia Orchestra Nancy Bean. He was the Principal Clarinetist for the 1987 Grand Teton Music Festival Orchestral Seminar. Mr. Blumberg studied Chamber Music under Philadelphia Orchestra Musicians Murray Panitz, Bernard Garfield, Richard Woodhams, Anthony Gigliotti, and Smithsonian Chamber Player Lambert Orkis. 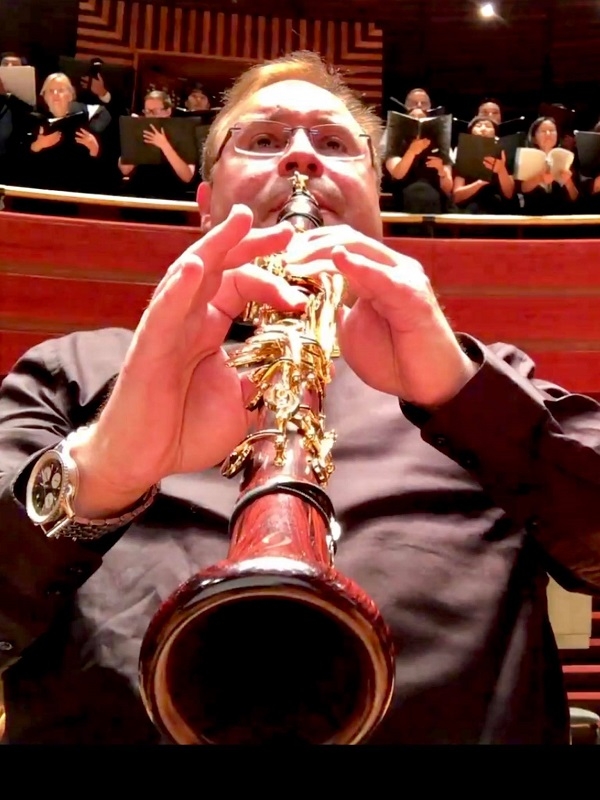