Saxophonist and Assistant Professor of Saxophone at Florida State University

“LefreQue products completely changed what I thought gear could offer me as a player. The first time I tried them, I noticed an immediate improvement in how my instrument responded across the full range, and now I can’t imagine playing without them!"

A Washington, D.C. native, Geoffrey Deibel enjoys a multi-faceted career as performer, teacher, and researcher, offering an insightful voice for the saxophone and contemporary music. Recent highlights include performances and teaching at the Singapore Saxophone Summit and Asia Pacific Saxophone Academy in Bangkok, performances with the Cortona Collective Trio, the International Contemporary Ensemble at the Park Avenue Armory (NYC), and recitals in Brooklyn NY, Stuttgart, Germany, Cortona, Italy, and Tallahassee FL. Geoff has been an invited guest lecturer at Universities in the US and Europe, and has appeared at the Darmstadt and Xenakis Festivals, and World Saxophone Congresses in the UK, Europe, and Asia.

Geoff is a member of the critically acclaimed h2 quartet, first prize winners at the Fischoff Competition, finalists at the Concert Artists Guild Competition, and recipients of multiple Aaron Copland Fund Grants. H2 has released seven recordings to critical acclaim. Geoff remains highly active in commissioning and premiering new works by both established and emerging composers, including Martin Iddon, Robert Lemay, Marc Mellits, Eric Wubbels, Louis Andriessen, and Hans Thomalla, among many others.

Geoff holds degrees in history and music from Northwestern University, and a doctoral degree from Michigan State University. He currently serves as Assistant Professor of Saxophone at Florida State University, as well as on the faculties of the Cortona Sessions for New Music and the Great Plains Saxophone Workshop. He previously taught at Wichita State University, where he was the recipient of the 2015 College of Fine Arts Award for Scholarly and Creative Activity, and the 2016 WSU Faculty Award for Excellence in Creative Activity. Geoff is a Yamaha, Vandoren, and LefreQue performing artist. 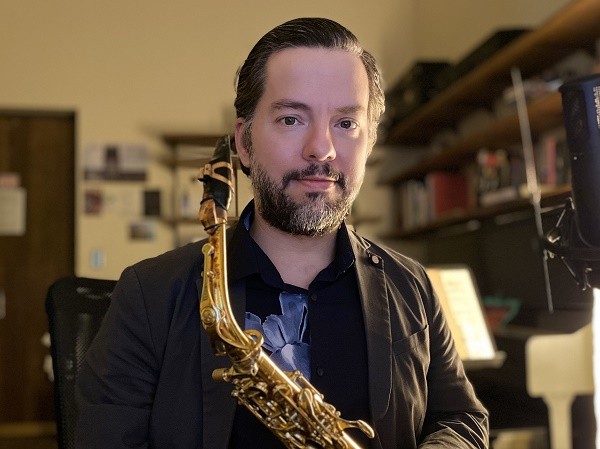