Mexican trumpet player Geo Del Valle began his musical studies at the age of 8, mentored by his trombonist father. At the end of his studies at the Faculty of Music UNAM, he got accepted in Cologne (Germany) at the Hochschule für Musik und Tanz Köln to complete his training. He specialised in teaching trumpet and completed his studies in 2019.

Geo is among the few trumpet players who professionally perform various musical genres. He played with professional orchestras such as: Orquesta del teatro de Bellas Artes , OFUNAM, OSUG, Kammerphilharmonie Rhein-Erft, among others. He also accompanied singers of popular music such as Lila Downs and Kike Neira. Throughout his musical career, he has played on different stages such as Palace of Fine Arts, National Auditorium, Kölner Philharmonie, Berlin Konzert Haus, Jazz Schmiede, North See Jazz festival and more.

He is currently part of the Neue Rheinische Kammer Orchestra, teacher of trumpet in the state music school of the city Düren (Germany), is conducting trumpet improvement courses in Mexico and is the trumpet player of the Latin-jazz ensemble „Los Pipos“ http://www.los-pipos.com/ 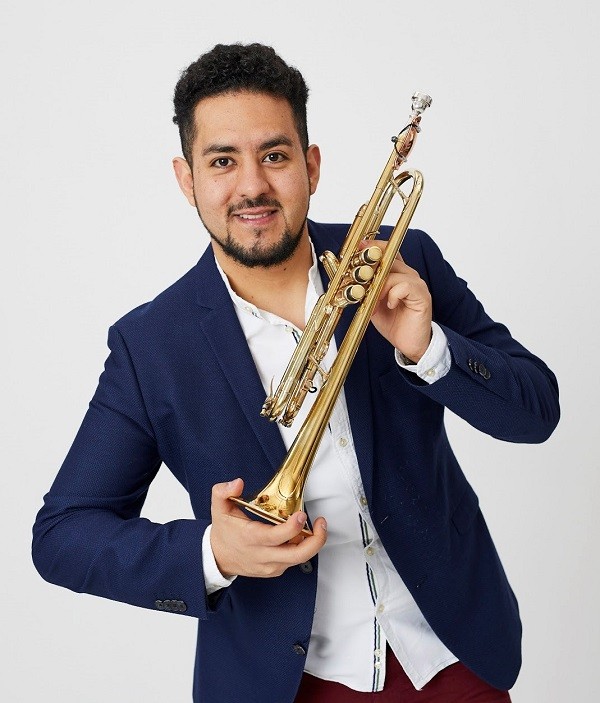