"LefreQue gives me a rich and colourful sound, stability in all registers and pleasure from every tone."

Katerina Pavlíková is one of the prominent personalities on the Czech saxophone scene. Her musical activities are wide-ranging, but playing the baritone saxophone as a concert instrument is at the heart of it all.

She is a long-term member of the Bohemia Saxophone Quartet, dating back to her appointment in 1999. Since its foundation in 1990, this leading Czech group has become renowned as a highly professional ensemble with a very specific and balanced sound. Their broad multi-genre repertoire includes classical and jazz, as well as contemporary music mostly dedicated directly to the ensemble by the composer, but also a large number of transcriptions and arrangements across the board, many of which were undertaken by Katerina herself.

So far, she has recorded three CD albums with the Bohemia Saxophone Quartet: Emotions (2019), History of Jazz (2009) and Saxcriptions (2005), and as a sought-after multi-genre saxophonist she participated in the CD “Homage to Jaroslav Ježek” – Rudolfinum Jazz Orchestra (2006), “Jazz at Št?pán Castle” – Markovic Saxtet (2006), “Just Floating Lightly” – Petr Korinek Jazz Orchestra (2004) and on many recordings produced for Czech Radio.

An important part of her musical work is the interpretation of contemporary music. Her collaborations with Czech and foreign composers have resulted in several new compositions for baritone saxophone, all dedicated to Kate?ina. As a technology lover, she counts amongst her repertoire compositions for saxophone and electronics. Additionally, she has herself contributed to the enrichment of saxophone repertoire with her transcriptions of famous classical and modern compositions for various ensembles.

On top of her performance work, Katerina Pavlíková is also intensively involved in teaching. She teaches saxophone at the Conservatory in Czeské Budejovice and at the Elementary Music and Art School in Volary. Her students have enjoyed considerable success in many national and international competitions for solo and chamber music. Together with her best students she created the SaxWork ensemble, which performs regularly on national and international stages. She also leads seminars and masterclasses in the Czech Republic and abroad – Bratislava 2020, Kranjska Gora 2019, Bled 2019, Paris 2010, Oslo 2009, Lviv 2005, Madona 2004. 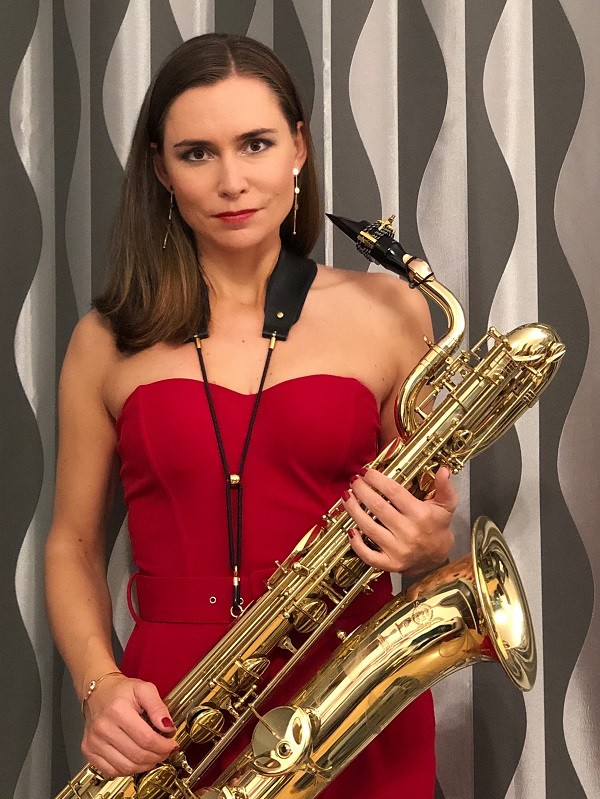