The lefreQue Sound Bridge adds that extra dimension to all aspects of my playing: Better projection, more agile articulation, as well as an added beauty to my tone. I won’t go on stage without it”.

Cynthia Ellis is the solo piccolo player for the Pacific Symphony Orchestra and also served as Principal Flute for the Opera Pacific Orchestra from 1995 until the company closed in 2009.
She has served as a member of the Pedagogy Committee for the National Flute Association and also as Program Chair for the NFA's annual convention in Anaheim, CA in 2010. She has taught on the music faculty at the Claremont Graduate School, Pomona College, Hope International University, Biola College, and CSU Fullerton. She currently teaches applied music at Saddleback College and Vanguard University and also serves as music director for Laguna Flutes, a 25+ member flute ensemble. Piccolo is a specialty for Cindy: has been published in Flute Talk Magazine from 2003-2014 as author of the “Let’s Talk Picc” column, and served as an artist in residence at the International Piccolo Symposium in July, 2013, held at the University of Nebraska, Omaha. She recently completed a residency in March of 2017 at the Victoria Conservatory in Victoria, BC, Canada, where she presented a piccolo recital and masterclasses.

Cynthia has recorded for television, motion picture and cartoon soundtracks as well as commercially released chamber music recordings. 'Beyond Beethoven", with the award winning Les Amis Musicalles trio, was released on the Centaur label, and Jeremy Beck’s Flute Sonata is recorded on the CD 'Never Final, Never Gone", on the Nova label. This sonata is also dedicated to her. Arioso, her flute and harp duo, released Petite Delights, also on the Centaur Label, in May, 2016.
Her chamber trio, Synergy, with Jung-A Lee, piano, and David Chang, clarinet, will be the featured ensemble for the MTAC Convention in California in July, 2021
For more information, visit www.cindyellisflute.com 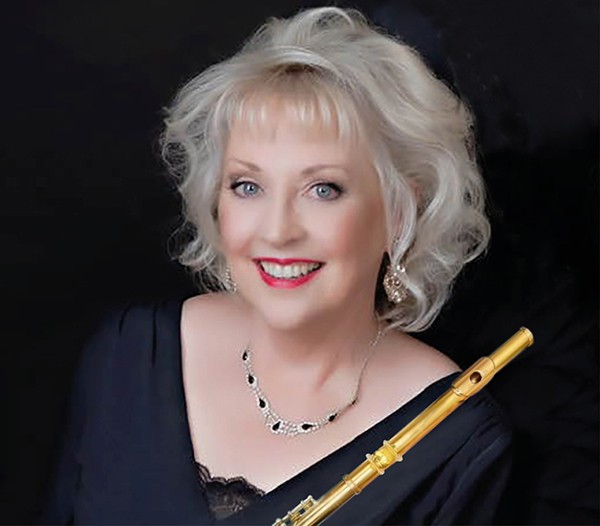